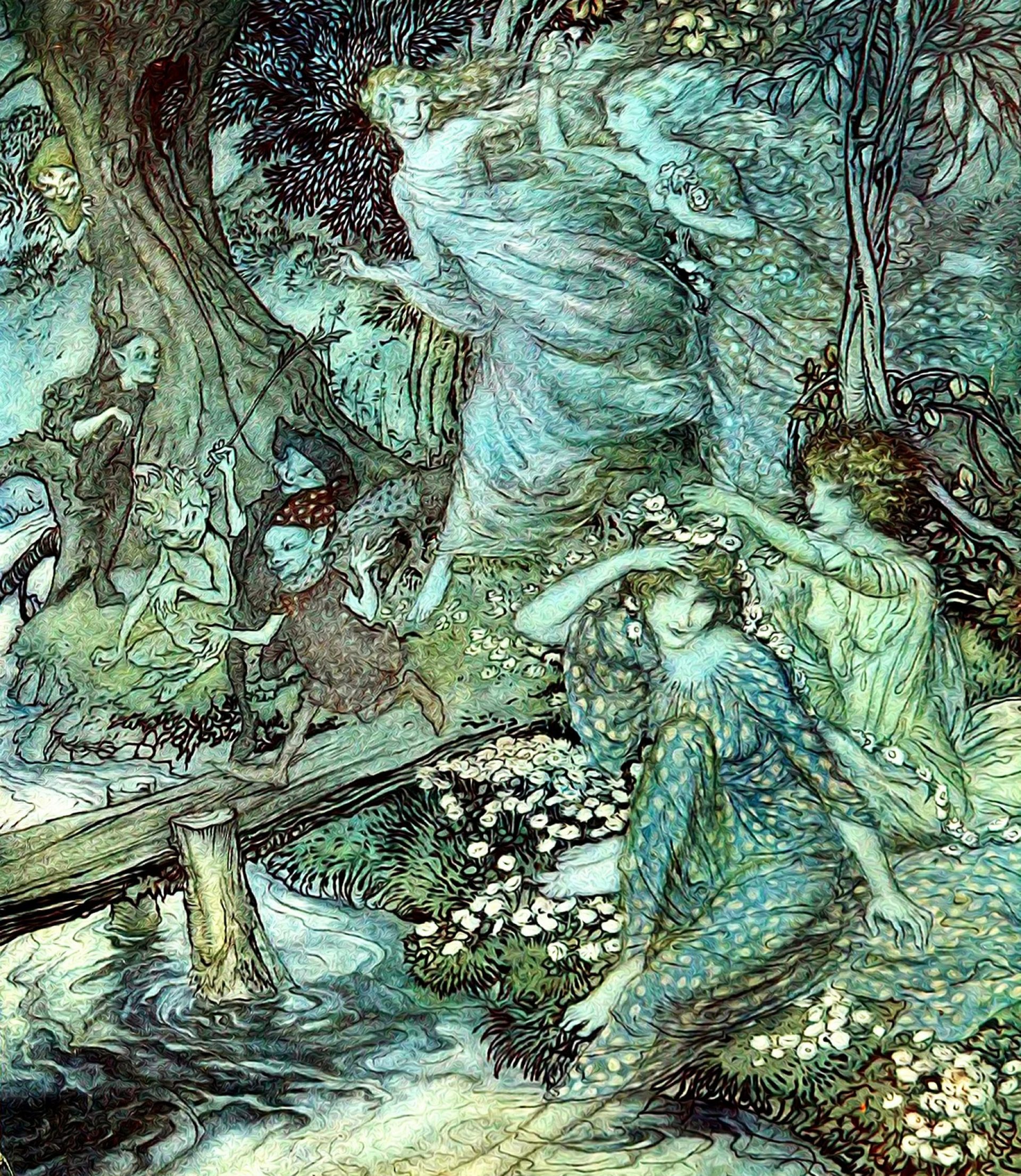 I saw my mom again thirteen days after she went missing.

I didn’t run to her when she re-appeared at the edge of the woods surrounding our house, but she didn’t come up to us, either. My dad screamed at me to lock the doors—the whereabouts of those stick things we never used on the windows were suddenly in question, and he told us to call our school. We wouldn’t be attending for a while, he said.

The horses outside would have to make do, and he made me and my sister promise not to run to them if we heard them screaming.

The first night she stood watching the house, nothing happened. There were only the holes in her face her eyes once occupied, pointed in our direction. Dad made calls all night. Mostly family, more to the city to report the confirmed abduction of mom. He figured it happened when she was walking the fence so Daisy wouldn’t clip her chest on the wires again. They grab you and run so fast, your screams don’t even matter. I’d heard of women coming back months later pregnant. Apparently people could see their stomachs moving, but I’d never personally seen anything to back that up.

The second night, she started trying to talk. We weren’t supposed to look, but we did—from upstairs where dad couldn’t see us. Somehow her vacant “eyes” found us, her clicking jaw dropping open to wail. Between every one, she’d inhale so deep she’d shake. That went on for a few hours, until the horses spooked and she went after them. Daisy drowning in her own blood was worse than mom’s yelling, honestly.

A foggy morning, I went downstairs to find her staring through the kitchen door. I couldn’t catch my breath to scream, and even now thinking back to how her eyes sat in the center of those gouged, bloody, splintered craters in her face makes me nauseated. I swear I saw her teeth moving in time with her flicking tongue.

It can take weeks for responders to come and collect them; the cases spike every day, and people still think religion is a medicine for this irreversible parasite, but her time came the fifth day at two in the morning, under my window she’d been clawing at for hours. None of us rose to meet the responders after they’d fired at her, following a performance of guttural screams and shrill clicks, not to mention the way her crooked arms rose like wings with flesh dangling off. They loaded her body, left the evacuation notice, and returned to being a myth.

Dad told us he had decided to pay the express fee the night before. She had sobbed his name through the corner of his window on the second floor, her bloody yellow eye peeking at him through the screen when he dared a crack in the window for fresh air.

Amy Voelker is a freelance artist and mother. You can learn more about her by following her social media handle: morphinetune on Twitter, Instagram, and Tumblr.